Our research is at the interface of quantitative genetics, population genomics and bioinformatics. We use these tools to address key ecological and evolutionary questions from multiple perspectives with a particular interest in domestication, adaptation, conservation, and speciation. Much of our work focuses on identifying the genetic changes that underlie the formation of new species or varieties, and more generally, the genetic basis of novel phenotypes. We use sunflowers (Helianthus), mustard (Brassica), chocolate (Theobroma), and hemp (Cannabis)  as model systems to pursue these research questions. In all three genera, we are examining how hybridization has shaped evolution, including the origin of new hybrid species, the breeding of modern lineages of domesticated plants, and the spread of invasive species.

The Asteraceae (Compositae), with nearly 25,000 named species, is the largest plant family, and includes numerous important crops (sunflower, safflower, lettuce, artichoke, endive, chicory and many more), noxious weeds (e.g. knapweeds, thistles, dandelions) and ecologically important wild species (silverswords, Artemisia, Senecio), yet has no sequenced genome due to the prohibitively large genome sizes of most Asteraceae species.  This lack of genomic information has limited our ability to understand the roles of natural selection, artificial selection and gene flow in shaping both wild and domesticated members of the Asteraceae, and to better characterize the enzymes responsible for the diverse secondary metabolites in medicinally important species.

In collaboration with groups at University of British Columbia, University of Georgia, and INRA in France, we are working on a Genome Canada funded project to sequence the full genome of the common sunflower Helianthus annuus.  The sunflower genome is large and complex: at 3.5 Gb it is 20% larger than the human genome.  Once completed, the sequenced sunflower genome will dramatically enhance the utility of the EST libraries and other genetic data currently available for sunflower and dozens of economically important relatives because there is no closely-related plant family from which a genome has been sequenced. 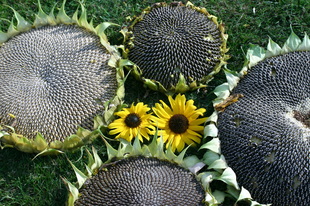 The Common Sunflower is the most well-documented example of a crop domesticated by Native Americans, providing evidence for a sixth independent center of domestication in the southeastern US.   Comparing genomic sequence from across the ranges of wild Helianthus annuus as well as numerous accessions of domesticated sunflowers allows us to identify regions of the genome under selection during domestication.  This genetic work is complemented by association mapping in wild and domesticated sunflowers, allowing us to examine the phenotypes associated with some of these genes. 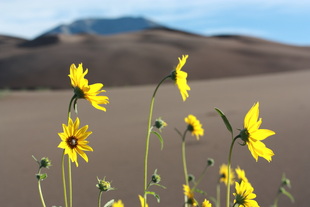 Sunflowers have adapted to a wide range of ecological conditions.  They are one of only a handful of species that have adapted to the shifting sands on the highest dunes in North America, at Great Sand Dunes National Park (left).  In addition to dune habitats, other extremophile sunflower species thrive in highly saline desert marshes, dry deserts, disturbed habitats, and serpentine soils. 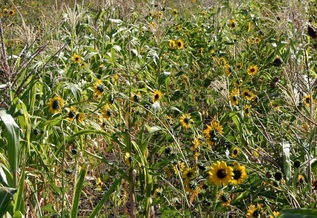 Weedy and invasive species cause billions of dollars per year in damage and control costs. Yet we know little about the genetic origins of most weedy populations.  In a study of weedy and invasive varieties of H. annuus inhabiting cultivated corn fields, I found that that weedy varieties have evolved multiple times from nearby wild populations.  Despite these multiple, independent origins, a handful of gene expression changes were shared between many or all of these weedy genotypes, representing interesting candidate genes potentially underlying adaptation of these weeds to agricultural environments.  Following up on these findings, I am currently looking at sequence and expression variation associated with high performance in conditions mimicking agricultural and natural habitats, and examining the role of hybridization between wild and domesticated sunflowers in the evolution of weedy and invasive sunflower populations.

Genomics, evolution and ecology of Cannabis 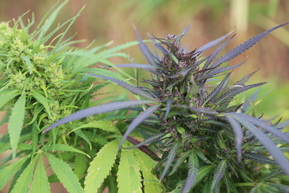 We are investigating the genetic diversity of this fascinating and under-studied genus, using modern next-generation sequencing approaches to uncover the diversity in traits, ecology, and genetics of this genus.  A combination of association mapping, QTL mapping, and population genetic approaches are used to rapidly improve our understanding of the genetics of key traits in this genus, and how and why they have evolved.  See more information at our CGRI website, which is more oriented towards those projects. 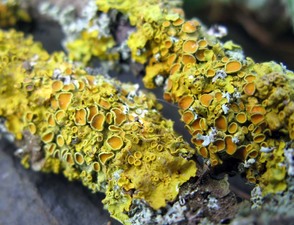 ​The Kane ls currently also working with the wonderful Erinn Tripp in order to understand the evolution and adaptation of Lichens. Lichens are incredibly interesting organisms in that they are not simply one organism, but multiple. Lichens are a combination of an algae, which provides food using photosynthesis, and a fungus, which creates the physical structure of the lichen as well as housing for the algae.
Powered by